In 2009 I created the Out To Protect Scholarship Program as a way to invest the proceeds from my book sales in future LGBTQ members of law enforcement.  I realize the best way to change the culture of law enforcement is to increase the number of “out” LGBTQ people in the profession.  Over the last ten years, the mission of Out To Protect has expanded to include providing education and awareness training for law enforcement with a goal of eliminating homophobia in the profession.  I’m proud to be the founder and president of the board. 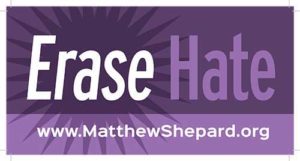 Judy and Dennis Shepard created the Matthew Shepard Foundation immediately after their oldest son, Matthew Shepard, was murdered in 1998 in Laramie, Wyoming.  The mission of this Foundation is to replace hate with understanding, compassion and acceptance.  The work of the Foundation lead to the passage of the Matthew Shepard and James Byrd Jr. Hate Crimes Prevention Act in 2009.  This Act expanded Federal Hate Crimes law to include sexual orientation and gender identity and expression. Today, the Foundation is providing training to law enforcement agencies across the country on how to detect, document, and prosecute hate crimes.

The Matthew Shepard Foundation has been an integral part of my life since I first met Judy Shepard in 2000.  It is an honor for me to serve as vice-president of the board of directors for this national Foundation. 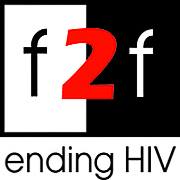 Face To Face is a grass-roots community-based organization in Sonoma County that was created soon after the AIDS crisis began.  The initial mission of Face To Face was to care for those living and dying with HIV. Today, the work has expanded beyond care to include HIV testing, prevention education, and a goal to completely eliminate HIV in Sonoma County.  Face To Face is using innovative strategies beyond education and testing including syringe exchange and universal promotion of PrEP, to accomplish this goal.

I volunteer at Face To Face one day a week doing HIV testing and counseling.  It’s a challenging and humbling experience to support people through the process and I appreciate the sex-positive completely non-judgmental environment that Face To Face provides.

There are many public broadcasting stations in the country, but few that have been so dedicated to supporting the LGBT community for a long and as widely as North Bay Public Media KRCB.  PBS stations are non-profit organizations that stay free from corporate interests and influence.  For over 20 years, KRCB has provided an LGBT radio program that informs, shares, and makes visible the traditionally hidden LGBT community.  Sonoma County has one of the highest populations of LGBT people per capita, so it only makes sense that a PBS community station like KRCB would be a provider of LGBT programming.

I’m honored to produce and host two LGBT news radio programs including the weekly Outbeat News segment, airing on Sunday nights, Monday mornings, and Monday afternoons, and the hour-long Outbeat News In Depth program that airs on the 4th Sunday of each month. 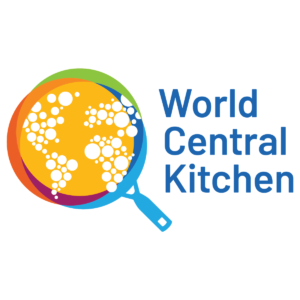 The World Central Kitchen is an incredible organization I discovered more recently and have benefited from directly living here in Northern California where thousands of firefighters have battled epic wildfires.  Thousands of people from the North Bay have had to evacuate and literally flee their homes during what is becoming an annual disaster.  Local chefs have come to the rescue by providing delicious comforting food to the first responder heroes and evacuees.  World Central Kitchen is doing this all over the world.  As someone who passionate both about food and caring for others, this organization touches me deeply and is the newest organization in my giving portfolio.

There are many worthy non-profit organizations operating in the United States that deserve your contributions.  I wish I could give to every organization doing work that I believe in.  I’ve chosen these organizations as the ones I believe in most and will support them with my time and money.  I hope you will join me by discovering your passion, perhaps in one of these organizations, or in another worthy of your precious time and hard-earned money.